Sciatica-A Literal Pain in the Butt (and Leg)!

Sciatica is the term used to describe back pain which radiates down the leg. Sciatic nerve pain can be caused by different factors with a prolapsed or disc problem being two of the most common along with piriformis syndrome.

Symptoms usually, but not always, start with acute low back pain radiating down into the buttocks, back of the thigh, and lower into the legs. Sciatic pain may be a sharp pain accompanied by tingling; pins and needles; or numbness. It is often triggered by movements such as bending over to pick something up and often made worse by sitting, coughing or sneezing.

The Chiropractic term for sciatica is acute nerve root compression or radiculopathy, which is pressure on the sciatic nerve resulting in symptoms of numbness; pins and needles; and pain. The cause of pressure can be a disc bulge, which can eventually become a herniated or prolapsed disc.

A disc herniation, prolapsed disc, or “slipped disc”, (as it is sometimes inappropriately called) is not simply a disc that has slipped out of place. Intervertebral discs separate the bones of the spine (or vertebrae) and their function is to act as shock absorbers for the spine and allow movement.

They quite happily allow forward, backward, and sideways movements. However, a combination of the movements can put excess stress on the spine and damage the discs. For example, while lifting a heavy object and then twisting, sometimes the center of the disc, (a gelatinous substance in the middle called nucleus pulposus), is forced backward and to the side. This can cause an outward bulge to deform the disc. If the bulge extends into the area where the lower back and leg nerves exit the spinal column, components of the sciatic nerve will be compressed resulting in pain along the neve distribution.

The herniation is a more complicated condition in which the disc center not only bulges but EXITS the center of the disc through a tear which will cause the same pain distribution results and may often need surgical intervention.

Sciatica is often characterized by one or more of the following symptoms:

Sciatic pain can vary from infrequent and irritating to constant and incapacitating. Symptoms are usually based on the location of the nerve pinch.

While symptoms can be painful and potentially debilitating, it is rare that permanent sciatic nerve damage (tissue damage) will result, and spinal cord involvement is rare but possible.

If you have low back pain with tingling, burning or numbness that reaches all the way down to your feet, most people will tell you that you have Sciatica. But, do you really? Sciatica is more commonly diagnosed than Piriformis Syndrome, but the symptoms of the two are almost identical.

Both conditions cause the same result: the sciatic nerves become compressed. They even cause many of the same symptoms, but there is one major difference. Piriformis Syndrome occurs when there’s a problem with the piriformis muscle (a muscle located deep to your buttocks). In order for the problem to be diagnosed as Sciatica, the sciatic nerve may be compressed as a result of disc bulge, herniation, spinal degeneration in the lower lumbar area, or a tight piriformis muscle.

If your doctor thinks you have Sciatica or Piriformis Syndrome, he or she will put you through a series of tests. It’ll start with a standard physical exam and progress to some imaging tests. You might expect to undergo a spinal x-ray, MRI or a CT scan. These tests will help the doctor figure out whether you have Sciatica. If you don’t have visible disc herniation or spinal degeneration, you may have Piriformis Syndrome. There aren’t any definitive tests for Piriformis Syndrome, but if you have a great deal of pain or numbness when you straighten your leg (so it’s parallel to the floor) or when you press on the piriformis muscle, you probably have piriformis problems.

You may be wondering why all this matters. If your sciatic nerve is compressed, then it’s compressed, right? Who cares what you call it! Ultimately the compression on the nerve MUST be removed.

Treatment for Sciatica will depend on the severity of the case and should be addressed moving from the least invasive to the most evasive treatment. Chiropractic Care is a good place to start. The Chiropractic adjustment has been effective in relocating the center of the disc, (Nucleus Pulposus), back to the center of the disc where it belongs thus removing the bulge and finally the nerve root compression. This usually involves a series of treatments over time, but I have seen amazing relief after one or two treatments. In most cases surgery should be the LAST option.

Treatment for Piriformis Syndrome is more straightforward. Piriformis Syndrome can usually be treated with physical therapy or chiropractic care (although, sometimes anti-inflammatory medications are also needed). Because this syndrome usually comes as a result of misuse or overuse of the piriformis muscle, proper and consistent stretching helps in almost every case.

Conclusion
Don’t let sciatica be a pain in the butt. Get a Chiropractic evaluation to see If the LEAST invasive form of care can restore to you a pain free quality of life. 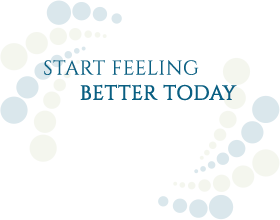 I really appreciate the time he takes to assess each patient and adjusts them accordingl. He doesn’t just perform the same adjustment for everyone to get them out of the door. Family owned and local! Easy choice!